Science books you (and I) should read 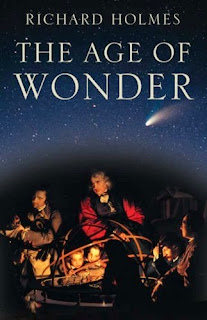 La Recherche asked me to recommend my favourite science book for a special issue of the magazine. I had to go for Richard Holmes’ The Age of Wonder (Harper Press, London, 2008). Lots of science books have interested me, and many have captivated me with their wonderful writing. But this is the only one that left me feeling quite so excited.

Who should write books about science? A Nobel laureate once made his views on that plain enough to me, saying “I have a healthy disregard for anybody and everybody who has not made advances in the field in which they are pontificating.” And in compiling The Oxford Book of Modern Science Writing, Richard Dawkins proclaimed that “This is a collection of good writing by professional scientists, not excursions into science by professional writers” – implying not only that those two groups are distinct but that true science writing embraces only the former.

There are plenty of good examples that demonstrate the wisdom of the academic impulse never to stray outside your own field – in which you have perhaps painstakingly accumulated expertise over decades. The results of forays into foreign intellectual territory have sometimes been disastrous. But the idea that non-scientists have nothing to say about science that could possibly be useful or interesting to scientists, or that scientists from one discipline are unlikely to say anything valuable about another, is one that I find not just dismaying but terrifying.

I don’t think Dawkins or my Nobel colleague actually doubts for a moment that science can be effectively popularized by non-experts. After all, as many people have read and been informed by Bill Bryson’s A Short History of Nearly Everything (2005) as they have many of Dawkins’ splendid and profoundly erudite expositions on evolution. But can outsiders actually bring anything new to the table?

My answer to that is Richard Holmes’ book The Age of Wonder. It tells of the period in the late eighteenth and early nineteenth centuries when scientists sat down with artists and poets – Humphry Davy and Samuel Coleridge exchanged mutually admiring correspondence, for example. They all shared a common view of nature as a source of sublime wonder, the exploration of which was a voyage of romantic discovery that needed the cadences of poetry as much as the precision of scientific experiment and observation. This material could have become a formulaic lament about the “two cultures” that have allegedly arisen since, but Holmes does something much subtler, richer and more fulfilling.

Beginning with James Cook’s expedition to Tahiti in 1769, on which the botanist was the future president of the Royal Society Joseph Banks, Holmes takes in episodes of “romantic science” that include William and Caroline’s telescopic investigations of the moon and stars, early balloon flights and Davy’s experiments with laughing gas and the miner’s lamp. Holmes’ sights are trained firmly on the cultural setting and reception of these studies, and the mindset that informed them. “For many Romantic scientists”, he writes,

“there was no immediate contradiction between religion and science: rather the opposite. Science was a gift of God or Providence to mankind, and its purpose was to reveal the wonders of His design.”

Holmes has insisted that he knows rather little about science. This is excessively modest, but not falsely so. One doesn’t doubt, from the confident tone of the book, either that he spared any pains to find out what he needed to know or that he knew what to do with that information. Precisely because Holmes is an expert on the lives and intellectual milieu of Coleridge, Percy Shelley and the British and French Romantics generally, he was able to draw out themes and ideas that historians of science would not have seen.

But the book isn’t just to be celebrated for its fresh perspective. It is also a joy to read. Every page delivers something interesting, always with elegance and wryness. Even the footnotes (mark this, academics) are not to be missed. I have read a lot of science books – when I first read The Age of Wonder it was as a judge of the Royal Society Science Book Prize (which Holmes won), and so I was wading through literally stacks of them. But none has left me with such genuine exhilaration as this one. And none has better illuminated the case which Holmes makes at the end, and which surely all scientists would applaud:

“Perhaps most important, right now, is a changing appreciation of how scientists themselves fit into society as a whole, and the nature of the particular creativity they bring to it. We need to consider how they are increasingly vital to any culture of progressive knowledge, to the education of young people (and the not so young), and to our understanding of the planet and its future.”

More challenging to some, I suspect, is Holmes’ corollary:

Here already is the beginning of that perspective.
Posted by Philip Ball at 4:24 AM

Thanks. I have a long list of books to read. I would like to mention some of the books I've read and I am planning to read here:

The Immortal Life of Henrietta Lacks

Stalin and the Soviet Science Wars

I am not a big fan of autobiographies. Currently, I have been reading Edward Teller's Memoirs. It's great.

It is here and it works - Online English Grammar Checking Tool can easily improve your English writing by transforming it correct, professional, and impressive. Writing is being used daily by most of us for a wide range of assignments - finding new jobs, writing personal or business Emails, writing essays and articles etc. correct the paragraph