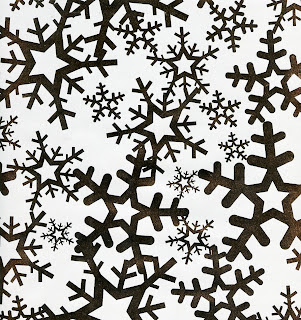 The transformation of Chartres 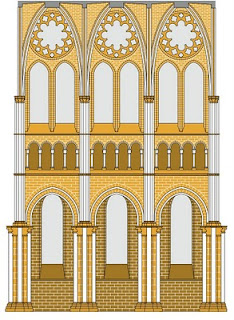 I was interviewed recently by a chap from Die Welt for an article (in German) about the restoration of Chartres Cathedral. This is, for Chartres fans, a very big deal – not only is everything being cleaned up, but the walls are being painted in the original colour scheme of the 13th century, shown above from my book Universe of Stone. The church interior was painted ochre, with while highlights for some of the piers and arches, and a web of white lines picking out false masonry joints. We know this because some of the original paintwork still remains in remote corners of the building.

The result, it’s said, is going to transform the way the interior looks: no longer will it have the purple gloom for which Chartres is famous – one might even say revered. Instead, it will be flooded with light, looking – the claim goes – much closer to the way it did when it was built.

Now, I feel that I should probably be taking an outspoken stance on this – either denouncing the plans as a travesty and desecration, or praising it as a long overdue and wondrous thing. But the truth is that I can too readily see the arguments on both sides.

It is easiest to enumerate those against. It is not lightly that conservators of paintings have reached a consensus that one should not retouch damaged the works of the Old Masters, but should instead aim to prevent or limit further damage while leaving existing blemishes evident. It’s OK, the current view goes, to stick back on flakes of paint that are falling off, but not OK to apply fresh paint. Better to have an honest record of what we have left of these works than to leave us mistaken or confused about what is new and what is original.

What’s more, as I say in the article, it is tempting to imagine that a paint job will enable us to see the cathedral ‘as medieval peasants saw it’. But we need to acknowledge the fact that we can never do that. It’s not just that we will still lack the opulent wall hangings and other accoutrements of ecclesiastical splendour, nor the precise rituals or the social hubbub that conditioned the experience in the thirteenth century. Most crucially, we don’t have thirteenth-century minds. Our entire aesthetic is different, and so is the experience of religious life even for believers today. We enter the Royal Portal from a very different world, already accustomed to light and colour and monumental architecture, even if that is in the form of an office tower. To us – again, even to many Christians – Chartres is basically a tourist destination, and we don’t really have the perception any longer that it is a kind of heaven on earth. Besides, there is no ‘medieval mind’ (despite, I admit, the subtitle of my book) – what nobles, clerics and peasants experienced and believed was considerably different.

This much is true for any kind of antiquated art, of course. The same considerations are rightly said to somewhat undermine a purist attitude towards ‘authentic’ early music: we can do all we like to play it on the ‘original’ instruments, and with the ‘original’ intonation, but we don’t have, and can’t give ourselves, Renaissance ears. The way we hear has been irrevocably ‘contaminated’ – or better to say, altered. Arguably, it is best simply to recognize that and to get on with the business of responding to art from a contemporary standpoint, rather than fooling ourselves that we can experience it ‘as it was originally intended’.

And yet… One could surely argue that, just because we can’t reproduce exactly the experience of people at the time the art was made, that needn’t prevent us from doing what we can to get close to it. It could seem rather condescending to take the attitude that, because the audience is ‘ignorant’, it doesn’t really matter what we place before them. Besides, there is surely a difference between pretending we can paint a hand just like Titian and slapping on some wall paint that, in all probability, was applied in the thirteenth century with not too dissimilar a sensibility to that of builders and interior decorators today (i.e. it’s just another job). And might many visitors already think anyway that what they are seeing at Chartres is what the medieval worshippers saw?

What’s more, conservation of a building like this, exposed to the elements – unlike a painting that can be kept in a protective environment – has to involve a constructive element. Otherwise it wouldn’t last another hundred years. That was very apparent to me when I visited the masons’ yard at York Minster, where stones were constantly being shaped to replace those that were on the point of crumbling away. There is a kind of enforced honesty in this process, as one can very easily distinguish the new, golden blocks from the old soot-stained ones.

Perhaps most importantly of all, we need to get rid of the idea that there was some ‘pristine’ version of the cathedral that, now lost, should forever remain so. A cathedral was almost always a work in progress, and almost always a mutated, even botched or ruined, version of what one or other of the master builders envisaged. As often as not, no sooner had a piece of work been completed than the next bishop would decide he wanted this or that altered. Throughout the centuries, changes were made with no sense of reverence for what had gone before. So what is so bad about another revision today?

On balance, I am somewhat in favour of the restoration work. Not least, I am simply curious, even excited, to see what effect the colour and brightened windows will have, quite aside from arguments about the supposed rights and wrongs of it all. I love Chartres, but I think we’re in trouble if we start to regard the place as untouchable. That was never how a cathedral was meant to be. I think that a restoration like this can be welcomed if it is done in good faith (so to speak), making it clear to visitors that this is indeed new paintwork that represents our best guess at what this particular aspect of the cathedral interior was like at the time of its consecration. Of course, my best recommendation for making sure visitors are well prepared to interpret what they see would be to read Universe of Stone first. But modesty forbids.