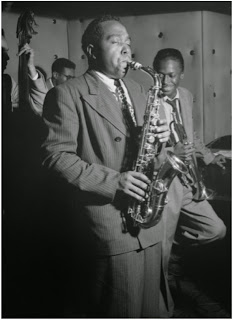 Here’s my fourth column on music cognition for Sapere magazine (where you'll only find it in Italian).

Making sense of our perceptual world is an incredibly hard challenge. Things are moving; objects are half-hidden by other objects; the light is constantly changing. Our brains learn some simple rules of thumb for sorting all this visual information into a “model of the world” that generally proves to be accurate. These rules were deduced in the early twentieth century by the so-called gesalt psychologists in Germany. For example, we tend to group together objects that look similar, or which are close together. We expect movements to be continuous: when an aeroplane flies behind a cloud, we expect it to emerge from the other side – the principle of “good continuation”. Many optical illusions arise from images that confound these rules, for example so that we can no longer tell what is background and what is foreground.

Similar “gestalt principles” help us make sense of sound. An infant can distinguish the sound of its mother’s voice from the background noise, perhaps by separating them by timbre (the “texture” of the sound). The same ability allows us to sustain dinner-party conversations in later life.

Music draws on these sonic grouping abilities. We separate the sounds into different perceptual streams, so that for example the strings and the woodwind in an orchestra don’t merge into an aural mush.

Even without timbral distinctions to help us, we can use the gestalt principle of good continuation to pick out the different melodic lines in a composition where several melodies are superimposed, as in the complex counterpoint of Baroque music. As long as the melodies have gradual pitch changes and don’t cross over one another, we might – with practice – be able to juggle four or more of them at once, as in some of Bach’s fugues. In fact, many of the rules for composing counterpoint, such as ensuring that different voices don’t follow the same up-and-down pitch steps (contours), implicitly observe the gestalt principles. Sometimes they’re used more instinctively: jazz soloists, for example, might play their notes just before the beat, moving their melody slightly out of synch with the band so that it stands out.

But musicians have sometimes undermined the gestalt principles on purpose. In his Bolero, Ravel makes the different timbres of the celesta, French horns and flutes blend by giving their melodies identical pitch contours. The result sounds like a fantastical composite instrument with an entirely new timbre.
Posted by Philip Ball at 6:49 AM