Is music just about sex?

This piece (after editing) has just gone live on BBC Future. I don’t want to knock this PRSB paper, which reports intriguing findings. But please, journalists, a bit of proportion, even (especially?) with this steamy subject matter. For one thing, what exactly is it you will be imagining if I were to say to you “I’m going to play you a piece of music, and I want to imagine you having sex with the composer…”?

Humans have made music for more than 40,000 years – the age of the earliest known instruments, flutes made from hollow animal bones. But no one knows why. Of all the theories that have been proposed, one of the most enduring and alluring comes from Charles Darwin, who suggested that it’s all about sex. “Musical notes and rhythm”, he wrote in The Descent of Man (1871), “were first acquired by the male and female progenitors of mankind for the sake of charming the opposite sex.”

Darwin’s idea was motivated partly by analogy with bird song, which does indeed often function to attract mates. But not only is there still debate about whether bird song qualifies as “music” in the same sense as human song, but there has been little reason to suppose that humans too use music primarily for courtship.

Now psychologist Benjamin Charlton of the University of Sussex in Brighton, England, offers some evidence to support this sexual-selection hypothesis. He has found that women’s sexual preferences for composers changes during their menstrual cycle, and that they prefer composers of more complex music – who might be construed as more capable mates – at the most fertile point of the cycle [1].

OK, don’t all shout at once – yes, there is a lot to argue over here. But let’s start at the beginning: what’s so special about music?

In answering that question, two things stand out. First, there are no cultures known that lack music – even if they lack a written language. It is as close to a universal human trait as you could hope for. Second, music – unlike, say, cooking, farming, talking, raising a family – doesn’t obviously have any benefit. Of course, it does have a benefit: we love it, it makes us joyful or transports us into tears, rapture and dance. But there’s no obvious, tangible result of music that we can definitely link to any evolutionary advantage.

It’s no wonder, then, that the question of the origins of music has excited such passionate debate. There is evidently something here that is crucial to human existence – we seemingly can’t do without music – but it’s awfully hard to say why, not least because music began way before recorded history. There is no shortage of ideas [2]. Some think that music began as a way of fostering social cohesion, a ‘tribal’ role that still persists today. Others say that it began in the sing-song of mother-to-infant communication, an exaggeration of tones called “motherese” that people all over the world practice. Others think that music and language were once merged into a composite form of communication dubbed “musilanguage”, from which music split as a vehicle of the emotions while language became all about semantic meaning.

But Darwin’s notion of music as an agent of sexual selection remains a favourite, not least because it has his name attached. Darwin regarded sexual selection as an adjunct of natural selection: it was “survival of the sexiest”, regardless of whether the sexual attributes had any other survival benefits. In this view, skill at singing and making music functioned like the peacock’s tail: useless, even an impediment, but attention-catching.

But it’s conceivable that such sexual displays do offer honest clues about the bearer’s “good genes”. The male peacock might be saying “I’m so ripped that I can survive even when encumbered with this absurd thing.” Likewise, a musician able to make complex and beautiful music might be displaying his or her (but usually his) superior skills of cognition, dexterity, stamina and all-round fabulousness. Falling for a musician then makes good evolutionary sense.

The link between sex and music might seem indisputable. Rock musicians have gaggles of sexually available fans at the height of their fertility, and no one made the guitar more explicitly phallic than Jimi Hendrix. (This is no modern phenomenon – Franz Liszt’s recitals set women swooning too.) There’s some anecdotal reason to think that music production declines after sex – Miles Davis attested that musicians are often celibate before big concerts, to retain their ‘edge’. And in case you’re thinking that being a musician didn’t do much for the survival prospects of Hendrix, Jim Morrison or Kurt Cobain, bear in mind that – as Darwin himself pointed out – some male birds drop dead from exhaustion when singing in the breeding season. It’s worth the risk for the sake of becoming a sexual beacon (and after all, Hendrix did father three children). 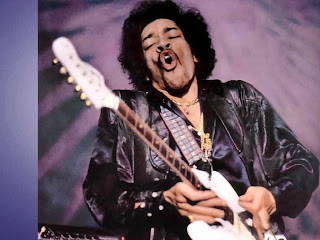 A sexual-selection origin of music might also help to explain the apparent impulse towards diversity, creativity and novelty, for many male songbirds also develop large repertoires and variety in an effort to produce the most alluring mating signal. And doesn’t the excess of the peacock’s tail – the result of a well-attested runaway tendency in selection of sexual characteristics – seem to speak to the towering stacks of amplifiers and speakers, the pyrotechnics, the outrageous costumes? In short, mightn’t it explain the phenomenon that is Kiss? 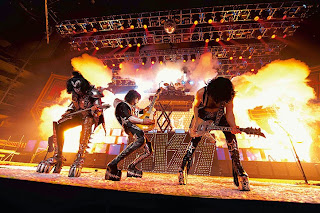 But this is part of the problem with Darwin’s idea: it is just too alluring, inviting “evidence by anecdote”. These aren’t much more than Just So stories, and culturally specific ones at that. Songs in pre-literate cultures are by no means the tribal equivalents of ‘Let’s Spend the Night Together’: those of the Australian Aborigines, for example, express the singer’s feelings as a member of the community. Most Western music in the Middle Ages was practised by (supposedly) celibate monks. And in some African societies, musicians are regarded as lazy and unreliable, and so poor marriage material. (Hmm… Pete Doherty, anyone?)

Besides, hard scientific evidence for sexual selection in music is been scant and equivocal. For example, one study in 2000 reported that, in classical concerts, there were significantly more women in the seats nearer the (predominantly male) orchestras than in the back rows – a genteel form, it was suggested, of the female hysteria that greeted the Beatles in concert [3].

If women do pick sexual partners on the basis of creative or artistic traits, one would expect changes in their preferences during peak fertility (irrespective of whether baby-making is actually on the agenda). A study in 2006 did find that men apparently showing higher “creative intelligence” were favoured at this time [4]. Charlton reasoned that the complexity of a male composer’s music might be considered an indicator of his creativity and capacity for learning complex behaviour, and so this too might affect female sexual choice. He has previously found that ovulation doesn’t seem to affect women’s preferences for complexity of music per se [5]. But what about the composers themselves?

Charlton recruited a group of 1,465 adult women participants for his web-based survey, and divided them into those at low and high risk of conception at the time of testing, based on what they reported about their reproductive cycle. He played them several short melodies, composed for the experiment, of varying degrees of complexity. First he asked some of the participants to rate the melodic complexity, to ensure that they could do this reliably. Then he asked a different group which of the supposed (male) composers of a pair of melodies of different complexity they would prefer as a short- or long-term sexual partner. A significant number showed a greater preference for the “more complex” composer – but only in the high-conception-risk group, and only as a short-term partner (implying sex right now, when the chance of conception is high).

Now, numbers are numbers: it seems that something connected to the reproductive cycle was indeed changing preferences in that situation. But what? The findings, Charlton says, “support the contention that women use (or ancestrally used) the ability of male composers to create complex music as criteria for male choice.” That would in turn suggest that musical complexity itself arose from an “arms race” in which male musicians increasingly strove to prove their prowess and woo a mate. Charlton suggests that future work might examine whether the sexual preferences also work for a reversal of sexes, with women making the music. It would be interesting to find out, although there is no reason to suppose that sexual selection is gender-symmetrical, and in fact in general it is not. The fact that most music is produced by men [6] is actually what you’d expect for sexually selective trait [7] (although that’s not to say that it’s an explanation).

Yet while Charlton’s findings are intriguing, there are many reasons not to jump to conclusions. For example, the most complex music, according to some measures [8], is Indonesian gamelan, which is among the most social, devotional and non-sexualized of all world music. 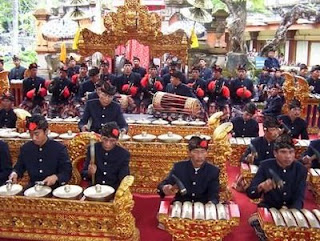 There is little reason to think that music has displayed a steady trend towards greater complexity. And it is very hard to untangle a listener’s preferences for a composer from their preferences for the actual music. The latter in general shows a peak of ‘preferred complexity’, beyond which preference declines (as the Beatles’ music got steadily more complex, their sales declined [9]). And this is even before we get into the murky issue of how cultural overlays will colour the assumptions that women might make about fictitious composers, based on a tiny snippet of ‘their’ tunes. More work required, then – or in other words, if music be the food of love, play on!

Thought-provoking! It seems to me that our species has become so socially advanced and self-aware that many of our behaviours are very difficult to explain by the model of natural selection, although the role of sexual selection could be key. I actually read somewhere (in a rather biased article) that our appreciation of art and music was "proof" that we were made by a Creator, as there was no evolutionary explanation for it, but in fact if you dig deep enough there's always a scientific explanation for why we are how we are.
Oh, and if you want further evidence that music has its basis in sexual selection, look no further than the popularity of modern boy bands (e.g. One Direction) amongst (mainly) teenage girls... :P

Dr. PK Gupta is the best sexologist in Delhi offers treatment for all types of sexual problems. If you are experiencing trouble with your sex life after marriage so contact us now.