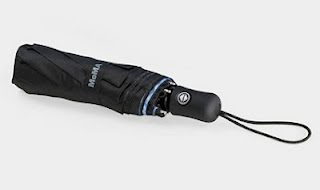 Here is my latest article for BBC Future.

Tents, as is well known, are designed to fold up into a coil just slightly larger than the bag they came out of. Or so it always seems when the time comes to strike camp. Such frustrations might be eased by a study published in the Proceedings of the Royal Society A [1], which describes a mathematical method for deducing particularly efficient ways of pleating large sheets into compact forms.

It is no surprise that the authors, Nicolas Lee and his doctoral supervisor Sigrid Close of Stanford University in California, work in the department of aeronautics and astronautics, for these are disciplines that have a long history of interest in folding sheets. Packing away parachutes in a form that is compact yet guaranteed to unfold easily and reliably had obvious utility for aeronautics; but there is also a growing demand for sheet-like structures on spacecraft, such as solar panels, telescope mirrors, thermal shields and solar sails. With space at a premium on rocket launches, any way to package these systems more effectively can save money.

To find strategies for collapsing sheets compactly, nature is a good place to look. Leaves and flowers are folded inside buds, and insect wings in the cocoon, in a way that not only minimizes space but enables easy unfurling. The accordion-like pleat is a common solution. In some leaves. such as hornbeam and beech, the pleats are not simply parallel ridges but radiate in V-shaped arrays from a central stem or focus, like the folds of a fan.

Lee and Close first consider the case where a sheet of paper is to be pleated into a strip-like form that can be rolled up – for example, so that a rectangular map might be not just rolled into a long tube but concertinaed into a very short tube. A seemingly simple solution would be to fold it into parallel pleats and then roll up the resulting strip. But that doesn’t work at all well, because the sheet has a finite thickness. Even though this might seem very small, it adds up in a roll until the outer layers try to stretch while the inner ones buckle.

The answer, the researchers say, is to make the pleats themselves slightly curved, in such a way as to precisely balance out the gradually increasing radius of the rolled-up pleats. They calculate what the ideal curvature should be for a rectangular sheet of given dimensions and thickness. One consequence is that the folded-up pleats themselves don’t lie flat: the inner pleats in the roll are slightly shorter than the outer ones. By marking out the curved pleats and then folding by hand, Lee and Close show experimentally that a standard piece of A4 printer paper can be wrapped into a tight spiral just 5 mm thick with a central hole of 1 cm.

Some folded structures might need to be opened up while fixed to a central hub, rather like an umbrella. A simple array of corrugated pleats, while efficient for a free-standing sheet like a map, won’t work here, and so a different approach is needed. Leaves attached to a stem are a little like this, and other researchers have shown that one effective design is based on the V-shaped pleats of the hornbeam leaf: these can collapse the sheet into a strip, which might then be rolled or folded up. One drawback of that design, however, is that unfolding involves two distinct processes: unrolling and then opening up the pleats.

An alternative approach, first explored in 2002 by Simon Guest and Davide De Focatiis at the University of Cambridge [2], is to divide up the sheet – a square one, say – into separate sectors (in their case, into four square quarters) and to use the hornbeam fold for each sector separately, resulting in a compact little star-shaped origami form. Lee and Close have now found that, by staggering the corners of the sectors so that they spiral around the central hub, and by slightly curving each V-shaped pleat, such a design can produce a coil that wraps tightly around the hub but can be pulled open in a single gesture. Again, they tried it out – this time with parcel paper, the greater thickness of which poses a more daunting challenge for efficient folding. They found that a square sheet one metre wide could be collapsed into a coil just 8 cm across when wrapped around a central 4-cm-diameter rod. The authors say that, although the curving of the pleats is hardly perceptible, if the pleats are instead perfectly straight then buckling again disrupts the packing.

One particular virtue of the mathematical scheme that the authors have developed to study these folds is that it can be adapted to even more challenging situations, for example where the sheets are made from more than one type of material with different thickness or stiffness, or even for sheets that aren’t perfectly flat, such as bowl-like telescope mirrors made from flexible reflectors – or indeed the curving domes of umbrellas.