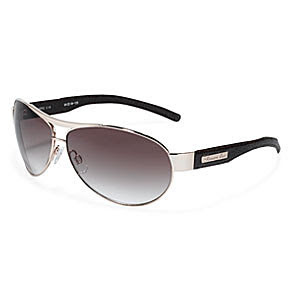 Check out those Victorian shades, dude

For people interested in the cultural histories of materials, there is a lovely paper by Bill Brock in the latest issue of the Notes and Records of the Royal Society on the role of William Crookes in the development of sunglasses. Bill has written a new biography of Crookes (William Crookes (1832-1919) and the Commercialization of Science, in press with Ashgate), who was one of the most energetic and colourful figures in nineteenth-century British science. Shortly to be made the octogenarian president of the Royal Society, Crookes became involved in the 1900s in a search for forms of glass that would block out infrared and ultraviolet radiation. This search was stimulated by the Workman’s Compensation Act on 1897, which allowed workers to claim compensation for work-related injuries. Glassworkers were well known to suffer from cataracts, and it was hoped by the Home Office that prevention of eye damage by tinted glass would obviate the need for compensation. Crookes began to look into the question, and presented his results to the Royal Society in 1913: a glass formulation that was opaque to UV and reduced IR by 90 percent. Always with an eye on commercial possibilities, he suggested that lenses made of this stuff could have other applications too, for example to prevent snow-blindness. “During the brilliant weather of the late summer [of 1911]”, he said, “I wore some of these spectacles with great comfort; they took off the whole glare of the sun on chalk cliffs, and did not appreciably alter the natural colours of objects. Lady Crookes, whose eyes are more sensitive to glare or strong light than are my own, wore them for several hours in the sun with great comfort.” Before long, these spectacles were being considered by London opticians, although commercialization was hindered by the war. Soon the original aim of cataract prevention in glassmakers was forgotten.
Posted by Philip Ball at 8:34 AM