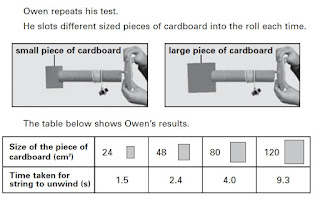 Is anyone checking this stuff, before it is unleashed on unsuspecting and highly stressed pupils and teachers?
Posted by Philip Ball at 4:46 PM

If you are in need of pneumatic cylinder for your mechanical application, maybe you could check some at Pneumatics Philippines