The sun and moon in Italy 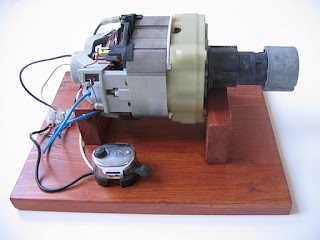 Now that it’s happened, I can say that there’s definitely something uniquely challenging about having your fiction translated. The Sun and Moon Corrupted has become, in Italian, La Città del sole e della Luna (The City of the Sun and the Moon). I can live with that change, not least because I like the resonance with Tommaso Campanella’s visionary early seventeenth-century work The City of the Sun, which becomes somewhat apt. But how have the voices translated? In particular (this Italian illiterate wonders), how have they dealt with the eccentric English of Karl Neder and his fellow Eastern Europeans? How does one translate the Brixton riots and the Wapping news era – the whole oppressive gloom of the middle Thatcher years – to Italians?

Whatever the case, Edizioni Dedalo have done a nice job on the superficial level to which I am constrained: I like the faux-naif cover. I just hope there’s still enough disposable income in Italy for people to read it.
Posted by Philip Ball at 6:03 AM