Most people will have experienced music that seemed to go on forever, and usually that’s not a good thing. But Longplayer, a composition by British musician Jem Finer, a founder member of the band The Pogues, really does. It’s a piece conceived on a geological timescale, lasting for a thousand years. So far, only 18 of them have been performed – but the performance is ongoing even as you read this. It began at the turn of the new millennium and will end on 31 December 2999. Longplayer can be heard online and at various listening posts around the world, the most evocative being a Victorian lighthouse in London’s docklands.

Longplayer is scored for a set of Tibetan singing bowls, each of which sounds in a repeating pattern determined by a mathematical algorithm that will not repeat any combination exactly until one thousand years have passed. The parts interweave in complex, constantly shifting ways, not unlike compositions such as Steve Reich’s Piano Phase in which repeating patterns move in and out of step. Right now Longplayer sounds rather serene and meditative, but Finer says that there are going to be pretty chaotic, discordant passages ahead, lasting for decades at a time – albeit not in his or my lifetime. 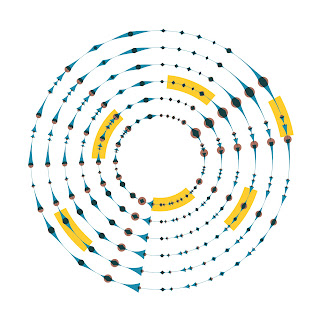 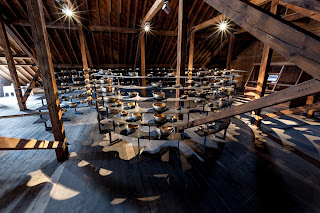 One way to regard Longplayer is as a kind of conceptual artwork, taking with a pinch of salt the idea that it will be playing in a century’s time, let alone a millennium. Finer, though, has careful plans for how to sustain the piece into the indefinite future in the face of technological and social change. There’s no doubt that performance is a strong feature of the project: live events playing part of the piece have been rather beautiful, the instruments arrayed in concentric circles that reflect both the score itself and the sense of planetary orbits unfurling in slow, dignified synchrony.

But if this all seems ritualistic, so is a great deal of music. I do think Longplayer is a serious musical adventure, not least in how it both emphasizes and challenges the central cognitive process involved in listening: our perception of pattern and regularity. Those are the building blocks of this piece, and yet they take place mostly beyond the scope of an individual’s perception, forcing us – as perhaps the pointillistic dissonance of Pierre Boulez’s total serialism does – to find new ways of listening.

More than this, though, Longplayer connects to the persistence of music through the “deep time” of humanity, offering a message of determination and hope. Tectonic plates may shift, the climate may change, we might even reinvent ourselves – but we will do our best to ensure that this expression of ourselves will endure. 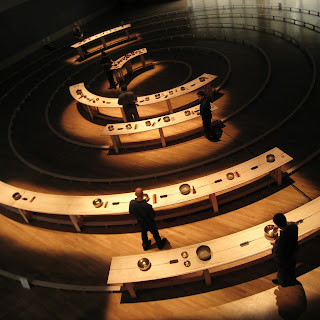 A live performance of part of Longplayer at the Yerba Buena Center, San Francisco, in 2010. (Photo: Stephen Hill)
Posted by Philip Ball at 8:15 AM

Auto Liker for Facebook comes under those websites which helps the users to collect automatic likes on their Facebook photo and status.
opbs.us
bestellipticalsmachine.us
wwwviagraonlinehq.com
cheapbluetabs.com