This is the introduction to a forthcoming Chinese edition of my book Bright Earth.

I have seen the Great Wall, the Forbidden City, Hangzhou’s wondrous West Lake, the gardens of Suzhou and the ancient waterworks of Dujiangyan in Sichuan. But somehow my travels in China have never yet brought me to Xi’an to see the tomb of the First Emperor Qin Shi Huangdi and his Terracotta Army. It is most certainly on my list.

But I know that none of us now can ever see the ranks of clay soldiers in their full glory, because the paints that once adorned them have long since flaked off the surface. As I say in Bright Earth of the temples and statues of ancient Greece, they leave us with the impression that the ancient world was more drab than was really the case. These statues were once brightly coloured, as we know from archaeological work on the excavations at Xi’an – for a few fragments of the pigments still adhere to the terracotta. 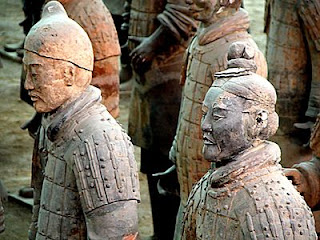 Some of these pigments are familiar from elsewhere in the ancient world. Red cinnabar, for example – the mineral form of mercury sulfide – is found throughout Asia and the Middle East during the period of the Qin and Han dynasties. Cinnabar was plentiful in China: Sha’anxi alone contains a fifth of the country’s reserves, and it was mined for use not just in pigments but in medicines too. Chinese legend tells of one Huang An, who prolonged his life for at least 10,000 years by eating cinnabar, and Qin Shi Huangdi was said to have consumed wine and honey laden with the mineral, thinking it would prolong his life. (Some historians have speculated that it might instead have hastened his death, for it is never a good idea, of course, to ingest mercury.) According to the Han historian Sima Qian, the First Emperor’s tomb contained a scale model of his empire with rivers made of mercury – possibly from the ancient mines in Xunyang county in southern Sha’anxi.

But some of the pigments on the Terracotta Army are unique to China. This is hardly surprising, since it is widely acknowledged now that chemistry in ancient China – alchemy, as it was then – was a sophisticated craft, used to make a variety of medicines and other substances for daily life. This was true also of ancient Egypt, where chemistry produced glass, cosmetics, ointments and colours for artists. One of the most celebrated colours of the Egyptians is simply now called Egyptian blue, and as Bright Earth explains, it is probably an offshoot of glass-making. It is a blue silicate material, its tint conferred by the element copper. China in the Qin and Han periods, and earlier during the Warring States period of around 479-221 BC, did not use Egyptian blue, but had its own version, now known as Han blue or (because after all it predates the Han) simply Chinese blue. Whereas Egyptian blue has the chemical name calcium copper silicate, Chinese blue substitutes calcium for the element barium.

The ancient Chinese chemists discovered also that, during the production of this blue pigment they could create a purple version, which has the same chemical elements but combined in somewhat different ratios. That was a real innovation, because purple pigments have been hard to make throughout the history of the “invention of colour” – and in the West there was no good, stable purple pigment until the nineteenth century. Even more impressively, Chinese purple contains two copper atoms linked by a chemical bond, making it – of course, the makers had no knowledge of this – the earliest known synthetic substance with such a so-called “metal-metal bond”, a unit of great significance to modern chemists.

Although I’ve not seen the Terracotta Army, several years ago I visited Professor Heinz Berke of the University of Zurich in Switzerland, who has worked on analyzing their remaining scraps of pigment. Heinz was kind enough to give me a sample of the Chinese blue pigment that he had made in his laboratory; I have it in front of me now as I write these words. “The invention of Chinese Blue and Chinese Purple”, Heinz has written, “is an admirable technical-chemical feat [and an] excellent example of the positive influence of science and technology on society.” 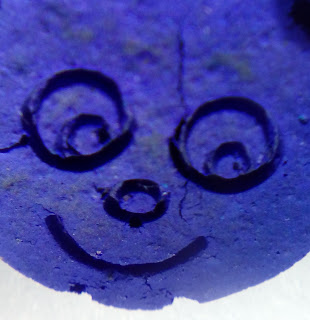 My sample of modern Chinese blue, made by Heinz Berke (Zurich).

You can perhaps see, then, why I am so delighted by the publication of a Chinese edition of Bright Earth – for it combines three of my passions: chemistry, colour and China. I always regretted that I was not able to say more in the book about art outside the West, but perhaps one day I shall have the resolve to attempt it. The invention of colour in China has a rather different narrative, not least because the tradition of landscape painting – shanshuihua – places less emphasis on colour and more on form, composition and the art of brushwork. Yet that tradition has captivated me since my youth, and it played a big part in inducing me to begin exploring China in 1992. This artistic tradition, of course, in no way lessened the significance of colour in Chinese culture; it was, after all, an aspect of the correspondences attached to the system of the Five Elements (wu xing). And one can hardly visit China without becoming aware of the vibrancy of colour in its traditional culture, not least in the glorious dyes used for silk. I hope and trust, therefore, that Bright Earth will find plenty of resonance among Chinese readers. 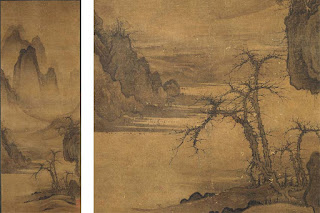 I was depressed when doctor told me that I have been diagnosed with Herpes disease… I thought about my Family, I know my Family will face a serious problem when I'm gone, I lost hope and I wept all day, but one day I was searching the internet I found Dr.ezomo contact number. +234 701 299 8768   I called him and he guided me. I asked him for solutions and he started the remedies for my health. Thank God, now everything is fine, I'm cured by Dr.ezomo herbal medicine, I'm very thankful to Dr.ezomo and very happy with my hubby and family. email him on dr.ezomorootandherbals@gmail.com or you can also reach him through WhatsApp number ‪+2347012998768‬He can also cure so many sickness{1}HIV And AIDS {2}Diabetes{3}Epilepsy {4}Blood Cancer {5}HPV {7}ALS {8}Hepatitis