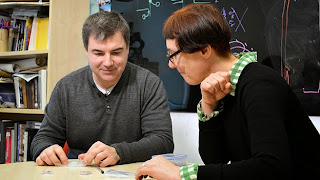 I haven’t found any reports of the opening of Cornelia Parker’s new solo show at the Whitworth in Manchester. Did the fireworks go off? Did the detonator work? Here, anyway, is what I wrote for Nature Materials before the event.

If all has gone according to the plan as this piece went to press, Manchester will have been showered with meteorites. An exhibition at the University of Manchester’s Whitworth art gallery by the artist Cornelia Parker is due to be opened on 13th February with a firework display in which pieces of meteoritic iron will be shot into the sky.

The pyrotechnics won’t be started simply by lighting the blue touchpaper. The conflagration will be triggered by a humidity sensor, switched by the breath of physicist Kostya Novoselov, whose work on graphene at Manchester University with Andre Geim won them both the 2010 physics Nobel prize. The sensor is itself made from graphene, obtained from flakes of graphite taken from drawings by William Blake, J. M. W. Turner, John Constable and Pablo Picasso as well as from a pencil-written letter by Ernest Rutherford, whose pioneering work on atomic structure was conducted at Manchester.

That graphene (oxide) can serve as an ultra-sensitive humidity sensor was reported by Bi et al. [1], and has since been refined to give a very rapid response [2]. Adsorption of water onto the graphene oxide film alters its capacitance, providing a sensing mechanism when the film acts as an insulating layer between two electrodes. These sensors are now being developed by Nokia. The devices used for Parker’s show were provided by Novoselov’s group after the two of them were introduced by the Whitworth’s director Maria Balshaw. Novoselov extracted the graphite samples from artworks owned by the galley, using tweezers under careful supervision.

“I love the idea of working on a nano level”, Parker has said. “The idea of graphene, something so small, being a catalyst.” She is not simply talking figuratively: doped graphene has indeed been explored as an electrocatalyst for fuel cells [3,4].

Parker has a strong interest in interacting with science and scientists. In 1997 she produced a series of works for Nature examining unexpected objects in a quasi-scientific context [5]. Much of her work focuses on connotations of materiality, associations arising from what things are made of and the incongruity of materials repurposed or set out of place. Her installation Thirty Pieces of Silver (1988-9) used an assortment of silver objects such as instruments and cutlery flattened by a steamroller. She has worked with the red crepe paper left over from the manufacture of Remembrance Day poppies, with lead bullets and gold teeth extruded into wire, and with her own blood. Perhaps even her most famous work, Cold Dark Matter: An Exploded View (1991) – the reconvened fragments of an exploded shed – was stimulated as much by the allure of the “matter” as by the cosmological allusion.

“I like the garden shed aspect of scientists”, she has said, “the way they like playing about with materials.” Unusually for an artist, she seems more excited by the messy, ad hoc aspects of practical science – the kind of experimentation for which Rutherford was so renowned – than by grand, abstract ideas. The fact that Novoselov and Geim made some of their graphene samples using Scotch tape to strip away layers from graphite no doubt added to its appeal. Parker also recognizes that materials tell stories. There’s a good chance that both Blake and Rutherford would have used graphite from the plumbago mines of Borrowdale in Cumbria, about 80 miles north of Manchester and the source of the Keswick pencil industry. So even Parker’s graphene might be locally sourced.