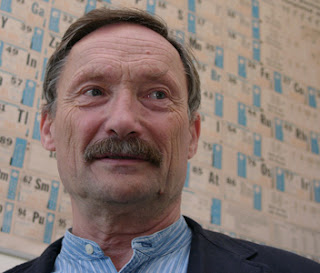 I just heard that the solid-state physicist Balazs Gyorffy, an emeritus professor at Bristol, has died from cancer after a short illness. Balazs was a pioneer of first-principles calculations of electronic structure in alloys, and contributed to the theory of superconductivity in metals. But beyond his considerable scientific achievements, Balazs was an inspirational person, whose energy and passion made you imagine he would be immortal. He was a former Olympic swimmer, and was apparently swimming right up until his illness made it impossible. He was interested in everything, and was a wonderfully generous and supportive man. His attempts to teach me about Green’s functions while I was at Bristol never really succeeded, but he was extremely kind with his time and advice on Hungary when I was writing my novel The Sun and Moon Corrupted. Balazs was a refugee from the 1956 Hungarian uprising, and was an external member of the Hungarian Academy of Sciences. He was truly a unique man, and I shall be among the many others who will miss him greatly.
Posted by Philip Ball at 1:09 PM

He was a great person and great supervisor!
RIP Balazs