The EBS Club and how to blag your way in

Len Fisher is to blame for hooking me into the terrible narcissism that goes under the name of the EBS number. It’s the elite (pantomime boo and hiss!) version of the Kevin Bacon Game, or of the Erdős Number, by which you trace how many collaborations it takes to link you to actor Kevin Bacon (if you’re in the movies) or to mathematician Paul Erdős (if you’re in maths or some vaguely mathematical branch of science). There’s your E and B. The S is the fun one: how many links does it take to link you to doyens of Midlands heavy metal Black Sabbath? Your EBS number is the sum of the three.

Len explains the idea here. Elsewhere we’re told, rather flatteringly, that “To even have an Erdős-Bacon-Sabbath number puts you in quite an exclusive club” – one that includes the likes of Stephen Hawking, Richard Feynman and Brian May. Not surprisingly, it’s a club many will be keen to get into, and I sense a degree of fudging going on. Apparently as long as you’ve sat on a couch and chewed the cud with a film star, or been sampled in some portmanteau song, you can claim to have a B or an S. Or even a BS.

Being unable to resist this prod to my competitive bone (gland, more probably), I started pondering. I can get to an EBS of 15 without too much of a stretch – and that is by considering actual co-appearances in a movie or playing together in a band onstage, not (for example) appearing in the same chat show. I haven’t done a great deal of work on the Erdős number, other than to note that my coauthor Jean-Marie Lehn (“Supramolecular chemistry”, The New Chemistry, ed. N. Hall; Cambridge University Press, 2000) has an EN of 5 – so that makes mine no more than 6. It may be that I could do better via my PhD supervisor Bob Evans, as he’s a theoretical physicist.

For my Bacon Number, I had the questionable honour of appearing in an obscure little movie called The Undertakers (in which I played a member of rock band Hot Nun) with my old school friend Suri Krishnamma, who went on to become a well respected film director who has worked with the likes of Albert Finney (→ Marisa Tomei → Kevin Bacon) and Ray Liotta (→ Ryan Reynolds → Kevin Bacon). So I get a BN of 4. 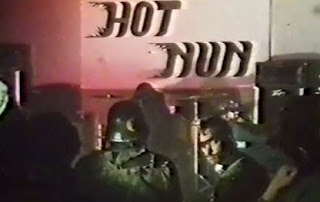 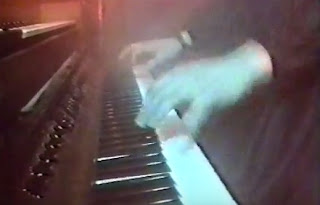 For my Sabbath number, I could bend the rules and claim an SN of 2 via veteran BBC producer Tony Wilson, who produced both my 1985 Radio 1 session and every other major rock band of the 1970s and 80s, including at least one Sabbath session. But I think it’s more in the spirit of the thing to cite a gig I played in the same year with session guitarist Bruce Roberts, a legend on the Southampton music scene (whose band used to rehearse in the flat upstairs from the one we rehearsed in – you wouldn’t have wanted to live in Cranbury Place in 1984-5). Bruce played in the Jess Roden Band, among many others (he supported the likes of the Who and Alex Harvey and played with Ben E. King and Bryan Ferry). So thanks to him, I’m off and running: Jess Roden sung with Paul Rodgers on Paul Kossoff’s solo album Back Street Crawler, Rodgers temporarily took the place of the late Freddie Mercury in Queen, and from Queen it’s an easy step to Sabbath. So there’s a SN of 5. 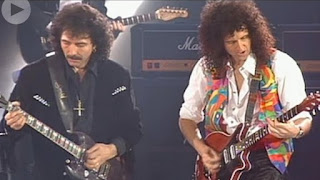 I did consider trying via Portishead guitarist Adrian Utley, with whom I played in a gig in Bristol. But Adrian moves on other circles, so it’s a circuitous route. I do, however, still have a recording of that gig, and so you can hear what happens when the ridiculously talented Utley steps up to a solo and wipes everyone else from the stage. It was breathtaking.

So there you are: what I’d claim is a bona fide EBS number of 15. And what does that mean? The answer, of course, is very little. Plenty of top scientists have an Erdős number bigger than mine. More to the point, even if my BN and SN are valid, they come from fleeting associations that really say nothing about any putative “polymathic” skills. My encounters with Bruce and Adrian taught me only the difference between a musician kind of competent enough to get away with playing in public, and one who will make an impact – even a small one, in Bruce’s case – on the music business. As for my dramatic prowess in The Undertakers, the less said the better. These metrics are really an exercise in clinging to celebrity by one’s fingertips. Or to put it more positively, they offer a fun excuse to return to some of the more curious avenues of one’s path through life.

At the same time, this little exercise supports what Mark Granovetter said in 1973 about “the strength of weak ties” in social networks. Granovetter pointed out that many social networks consist of strongly connected local clusters – a group of closely connected individuals – linked to one another via weak ties. It’s these weak ties between communities, he said, that join them into a single network. I can’t claim to be deeply embedded in the movie or music communities in the way that I am in science – but my connections to those other networks exist through rather fleeting, one-off and not particularly profound links (Suri is a lovely bloke, but I haven’t seen him for many years; Bruce, who died earlier this year, probably wouldn’t have known me from Adam a few weeks after that gig.)

And while EBS numbers are not at all of the same constitution as the infamous h-index and other metrics used to rank scientists, I can’t help suspecting that much the same applies to those: they can point to a varied and impactful career (see Hawking or May), but they can also rely to a fair degree on chance, happenstance, and being in the right place at the right time.

All the same, I just want Ozzy to know that I’m up for a jam. Anything to give me a smaller EBS number than Adam Rutherford.
Posted by Philip Ball at 8:31 AM